The coronavirus may have inflicted global misery but it’s proven a boon for Apiam Animal Health (ASX: AHX), the only remaining listed veterinary play on the ASX after its nearest peers were taken over by private interests.

As well as spurring panic pet purchasing, the pandemic spurred thousands of Australians to relocate to rural and regional areas where Apiam has a strong presence via its 62 mixed discipline practices.

Richards says the tree changers are likely to own not just a dog or a cat, but a horse or a hobby farm as well.

Richards also points to ‘peri-urban’ population growth areas such as Wollongong, Newcastle and Geelong, the latter where Apiam has recently acquired or opened clinics under its Fur Life Vet brand.

“[The demographic shift] certainly helped our business and we are seeing some significant opportunities,” Richards says, adding that the breaking of the drought also spurred demand for production animal services.

Formed from Richards’ Bendigo-based pig veterinary services business, Apiam listed in 2015 having acquired 12 of the biggest rural and regional clinics.

As well as its extensive network of clinics, Apiam supplies third-party and home-brand veterinary products via its own network of vans and four warehouses across the country.

The labs take a specific pathogen and engineer a customised vaccine for that farm, in cases where the existing vaccine does not work or is not available.

“This is going to be a high growth industry for the animal health industry globally,” Richards says.

Richards estimates Apiam provides goods and services to about 35% of the nation’s dairy industry, 35% of the pig industry and 65% of the beef feedlot sector.

Its genetic services business delivers porcine semen to the farm gate – and accounts for nearly half of all piglets born in the country.

Richards says the population shift and strategic acquisitions has changed the mix of species the clinics deal with – to the benefit of underlying profit margins.

“Five years ago, we were 60-65% oriented to intensive production animals, now we are 60% weighted to dairy and companion animals,” he says. “These mixed clinics make for a more stable business with a higher margin.”

In terms of attracting and retaining good vets, Covid-19 has proved a mixed blessing.

The pandemic created more work for vets across-the-board, leaving many of them overwhelmed and seeking the support of a larger entity.

“18 months ago there were very few clinics who were selling; now about five to ten practices are contacting us every month,” Richards says.

“There are some unbelievable clinics we never thought we would be in a position to acquire. Normally they would sell down to their junior vets.”

But the extra work and international border closures have exacerbated a vet shortage, which means Apiam needs to go to extra lengths to keep its 200-plus practitioners happy.

An after-hours ‘tele triage’ system – by which vet nurses handle and prioritise incoming calls – resulted in a 50% reduction in after hour calls to vets.

“In a city clinic, the vets knock off at 6pm and the animals get referred to emergency centres,” Richards says.

“In rural and regional Australia vets have to do their own call-outs so it can be really challenging from a work-life balance viewpoint.”

Apiam was also one of the first in the industry to introduce paid parental and volunteer leave.

But above all, Apiam can provide the diversity of experience that vets don’t get in a typical city practice.

“The young vets want to learn quicker, and with our large clinics they have a pathway to do everything, across both small and large animals,” he says.

“We have been able to grow gross profit at a faster rate than we have grown revenue,” Richards says.

“We continue to expand our margins, we have really good cash flow and have consistently paid a dividend.”

Apiam has plenty of debt headroom to continue to make further clinic acquisitions or greenfields developments – and last week confirmed its $2.1m purchase of clinics in Victoria’s Bannockburn and Ballarat which was funded by existing cash and existing debt facilities.

Richards says Apiam will only build clinics in sites where there is the potential to grow to six to ten vets, generating $6-10 million of annual revenue.

In comparison, a city practice typically turns over around $1-1.5 million.

“We won’t build clinics for the sake of it,” he says. We know they have to be in fast-growing regions where we know that monthly trading can break even within the first 12 months.” 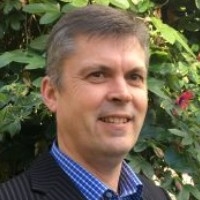 Latest posts by Tim Boreham (see all)
Copyright © 2020 The Sentiment. All rights reserved.