For the second consecutive month, only one company is set to list in May, indicating that companies are still feeling reluctant to even attempt a public debut in the current economic environment.

Artificial intelligence (AI) tech company, Intelicare (Proposed ASX: ICR), is looking to raise a modest $5.5m at an offer price of $0.20. Intelicare specialise in AI solutions for the disabled and elderly to reduce the need for aged care or in-home support.

The AI technology works by installing sensors into a person’s home which analyse their normal eating, movement, and bathing routines for approximately a week. After the technology has a baseline for normal behaviour, it will send alerts to caregivers or family members’ smartphones such as “All ok at Mums”. Should anything irregular be recorded such as less movement or a serious issue, it will prompt the family or carer with the according alert.

After receiving a $500,000 grant in 2016 for product development by the Western Australia Government, Intelicare have since achieved certification from the National Disability Insurance Scheme (NDIS) which allows them to be a registered provider. The company’s products can also be used by older people who have a Commonwealth Home Support Program (CHSP), and Home Care Packages (HCP) support, thereby reducing or eliminating the out-of-pocket costs for potential customers.

Intelicare are not the only competitors in the innovative health care sector, with ASX listed HomeStay Care Ltd (ASX: HSC) offering similar products, whilst both Google and Amazon have recently expressed their interest in the space.

Other medical alert technology such as pendants could also be a potential competitor of the company. The product is often worn around the neck and allows someone to press a button should they require immediate assistance. However, as Intelicare’s CEO Jason Waller points out, they commonly ‘don’t work’ because they haven’t been charged or worn during a fall, or the user has chosen not to press the assistance button because they don’t want to burden anyone.

Intelicare are also promoting the technology as risk preventative, as opposed to pendants which are inherently a more reactive approach. For instance, someone using the bathroom more often than normal could indicate a UTI, which can cause delirium and lead to falls.  Additionally, there are big costs involved in aged care and in-home care. And while the tech may not be able to offer the required standard of care indefinitely for some people, there is no doubt it could help delay the upfront costs and help individuals maintain their independence for longer.

So why would any company be listing in the current state of things? April’s sole lister, Atomo Diagnostics (ASX: AT1) have more than doubled their original list price of $0.20 and are now trading at $0.45. Like Atomo, Intelicare also has a link to COVID-19, as their device can be used to maintain isolation and social distancing measures to protect some of the more vulnerable. Intelicare’s CEO indicating he thinks this is the “perfect storm” for Intelicare to become a publicly traded company.

In a recorded video presentation, Waller also comments on the company’s future ambition to focus on the recurring revenue from subscriptions by dropping the current 60% margin on unit prices, effectively reducing the barriers to entry for many. It appears as though the company ultimately imagine customers walking into the likes of Bunnings, JB Hi-Fi and Harvey Norman, to purchase and install the hardware themselves.

Like many new companies set to list on the ASX, Intelicare is not yet profitable, recording a loss of nearly $1.5m from June 30 2019 to 31 December 2019. The half-year figures indicate a substantial increase in recorded loss from previous years (FY18: $210,000; FY19: $500,000) which appear to be due to a large increase in payments to suppliers and employees.

The majority of the $5.5m raised and their existing cash reserves of $457,323 will go towards working capital and corporate overheads (16.9%), made up of inventory buying, office expenses, insurance, rent, and corporate and governance costs. Marketing costs and Intelicare Essentials development (a new, entry-level B2C product) come in next at $790,000 (13.3%) and $750,000 (12.6%), respectively.

The WA-based company have indicated in a show of confidence that they are already fully-subscribed to the offer that was expected to close late next week and are set to list on May 29. It will be interesting to see if Intelicare can mirror Atomo’s continued success in the relatively quiet Australian IPO environment. 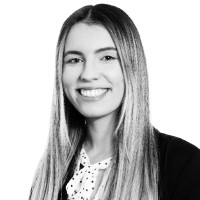 Latest posts by Bronte Moore (see all)
Copyright © 2020 The Sentiment. All rights reserved.